status: additional querying on hold until after Muse Conf

NaNoWriMo, here I come! I signed up. *gulp* My username is Feywriter. I’ll have to explore the site more. One month to prepare!

I really don’t know if I should NaNo with two books already in progress, but it’s only one month, right? Then the NaNo book can sit while I write the others. A big part of this is simply seeing if I can do it. Like the 10k day for Writers. I don’t know what I’m capable of if I don’t push myself. And I need deadlines to do so. I really don’t have an excuse not to go for it this year.

I’ll take a vote: Which story should I write?

Signs a Book was written by Me

The topic of the week on Fangs, Fur, & Fey is “5 Signs a Book was Written by You.” I put some thought into it, and here’s my list. I went over five, and may add more later if I think of them. These are based on the following stories:

Emergence of the Fey (complete)

Fly With Me (in progress)

The Blazing Princess (complete novelette with plans to expand)

What do your stories have in common?

I’m going to continue using Thursday as my writing day until I finish editing EotF. I’m not going to go all out like I did last week, but it’s a nice break from editing, and the actual writing progress feels good.

Ramblings of feywriter at 12:34 PM No comments: 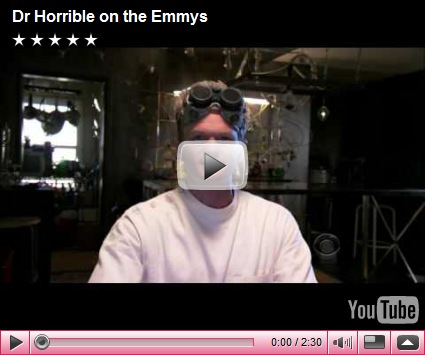 671. If you saw The Queen of the Damned did you want to be a vampire/Goth afterwards? Haven't seen it. But now that I've looked it up, I'm interested in seeing it.


672. If you saw SLC Punk did you want to be punk afterwards? Haven't, and probably not.


673. What is your favorite zombie movie? ooh, tough question. I love the Resident Evil movies, my favorite of which is Resident Evil: Apocalypse. Zombies on a Plane was hilarious. 28 Days Later and sequel 28 Weeks Later are great ones focused less on the chasing and eating and more on the personal/society horrors of a zombie apocalypse.


675. What were your parties like when you were a kid? due to so many kids, we only had birthday parties every four years: ages 4, 8, 12, and 16. Mom always made the cake herself. We got to choose a theme, and it was a big deal. The other birthdays were celebrated as a family.

677. What are/were your 15-16 year old parties like? I had a murder mystery party with a small group of friends.


681. If you saw The Craft were you interested in wicca/paganism/magic afterwards? haven't seen it


682. What are your top 3 priorities? relationships, making sure I have time for myself, and the written word


683. If you saw fight club did you want to get into a fistfight afterwards? dumb question


684. What is your favorite smell? the smell walking by The Body Shop. I don't know what it is, but it's rejuvenating.


685. Give everything below a humor rating (1 = laugh your ass off, 2 = lol, 3 = smile, 4 = lame, 5 = not funny, 6 = offensive): going to do this a little different than asked for, and group them into three categories: offensive, not funny, and potential for humor (can be anywhere from 1-4 depending on the joke/situation)


685. If you saw Cruel Intentions did you want to have lots of meaningless sex afterwards? getting tired of these questions... especially as I've never seen these movies.

686. Do you get at least three hugs per day? yes. my husband, my son, and I are all physically affectionate.

687. What should someone never say to you/call you if they want to remain on your good side? Don't ever call me "Doll."


688. If you saw Trainspotting did you want to do drugs afterwards? not applicable


689. Do movies have a great influence on you? At last! the basic question these were leading up to. They have an emotional influence, but not a lifestyle one.


690. Do you have a favorite reality TV show? The Colony. What an interesting social experiment. We discovered the show when we saw it available to purchase on Xbox Live, and have been watching it on Discovery Channel's website ever Thursday. The Colony replicates a post-apocalyptic world. How would ten people survive? They have to scavenge for their own food, find ways to get and sanitize water, create electricity, and ensure their survival.

691. Are there certain roles that people are pressured to play in society or can they basically do whatever they want? In these days, you can basically do what you want. But some paths have more challenges, and all choices have consequences.


692. How does the 2004 Dawn of the Dead remake compare to the original movie? I didn't see the original. I thought the remake was well done.


693. Have you ever held a magnifying glass over an insect to burn it? No.


694. Have you ever pulled the wings off a fly, butterfly or any other insect? No. I don't torture insects. And I only kill them if they are inside the house.


695. What would you think of a guy (if you're into guys) or a girl (if you're into girls) who wanted to take you to the park to feed the birds and look at the turtles and fish in the water on a date? I think that would be cool. I like parks.

696. Do you use public pools? Yes. Been a long time since I've been swimming though.


697. Do you use public bathrooms? yes. out of necessity.


698. Do you use public showers? only after using the public pool. swimsuit still on.

700. Would it affect you at all if you knew that a very large meteor was headed towards earth that would impact in 17 years? I would hope that I'm already making the most of my life. Is this a kill everyone meteor, or a create a post-apocalyptic world, or merely cause much devastation? If it's not guaranteed death, I'd start doing better on my food storage.

The 10k Day for Writers yesterday was quite an experience. I’ve never tried NaNoWriMo or anything with big numbers in a limited time, so wasn’t sure how I’d do. My previous high was 1500 words in one day. On normal days I’m happy to get 500. With the edits I’m focusing on, and the general procrastinations, and legitimate distractions (such as new house), I’ve probably written 1500 words (novel related) in the past three months.

So, I cleared my day. Once I got back from walking B to school, I had a good six hours to write before picking him up again. I wrote 3700 words! That’s more than double my previous record. No gold medal, but I’m very pleased with what I did. I learned that once I got into it, I write at about 1000 words/hour.

What I did right:

What to improve for next time:

And yes, there will be a next time. I will be signing up for next month when the RSVP goes up. I’m hoping my body and brain will be more ready for it next time, and I will beat my record. What I didn’t expect out of this was the aftermath. Today my brain is totally fried. I can’t seem to write a thing. And I took a one hour nap, which probably would have lasted longer if the dryer hadn’t buzzed.

NaNoWriMo has always scared, yet intrigued, me. I had a wonderful excuse of a pre-school aged child to deal with in previous years. This year he's in full-day kindergarten. And I just learned that I can write nearly 4k words in one day just during the hours he's at school. I may have to move NaNoWriMo off the "try someday" list to "give it a go this year." The biggest con is that I already have two WIPs going, and would have to start a new project for NaNo.

What have you done to challenge yourself lately? Have you participated in NaNoWriMo before?

Ramblings of feywriter at 1:10 PM 3 comments:

T.T., some good news, and a self challenge

My poem “Princess of the Waters” is part of the September issue of Moon Drenched Fables. You can go directly to it here or follow the link to the main site and look on the Poetry Page.

To take a break from my editing, and increase my general productivity, I’m participating in the 10k Day for Writers on the 17th. The goal is to write 10,000 words in one day. I may not reach the word count, but the main purpose is to overcome blocks and simply write! I plan on writing the new chapter for EotF on acquiring a spider, and spend time working on Trinity Coven or Fly With Me. Maybe both. Wherever the words take me. If this goes well, I’ll sign up again next month.

I need a 100 word pitch for the Muse Online Conference to pitch to agents/editors. Here’s my current version. Opinions please!

In Dashevona, where females with magic can be killed by law, Marian discovers she has not one magic, but two: enchanter and fey. When the elemental fey burn Marian's village, her mother within, Marian is knocked out before she can stop them or exact revenge. The Fey realize their mistake when Marian shows signs of being the woman to open the return for their goddess. Without the goddess, anything touched by fey, including Marian, could die as the source fades away. Hiding is no longer an option. Can Marian forgive those who killed her mother, in order to save herself?

Edit: After the feedback here (thanks!) and from my husband, here’s my revision (at 105 words):

In Dashevona, where females with magic are executed, Marian discovers she has not one magic, but two: enchanter and fey. When the elemental fey burn Marian's village, her mother within, Marian is knocked out before she can stop them or exact revenge.

The Fey seek forgiveness when they learn Marian can hear their banished goddess, a sign of Marian's ability to initiate Her return. Anything touched by fey, including Marian, will perish as the goddess’ power fades.

Marian must overcome anger, heartbreak,  and betrayal, while being hunted by the Enchanter Council. Can she do all this when her heart has been stolen by a thief?

I don’t want to take space on describing the differences in magic. Or give too much away by going into detail on why the village is burned. Some questions are good, as long as the reader is interested. Thoughts?

((removed poll. getting weird error in Windows Live Writer, which poll seemed to contribute to.))

Tuesday Tally; Sept off to a sick start

My goals did not include getting sick. My son stayed home Thursday and Friday with a fever and runny nose. Taking care of him, I didn’t get much done. Then Saturday, just as he’s feeling better, I get sick. Ugh. Still not feeling well, though at least I’m on the upswing. Not looking forward to the walking to school part, but I am looking forward to an uninterrupted nap later this morning.

My plan for this month is to refocus on my writing. My progress has been very sporadic over the summer.

Ramblings of feywriter at 10:20 AM No comments: